The Commingled Corner: Recycling Lingo So You Too Can Call a Dirty MRF By Its Real Name 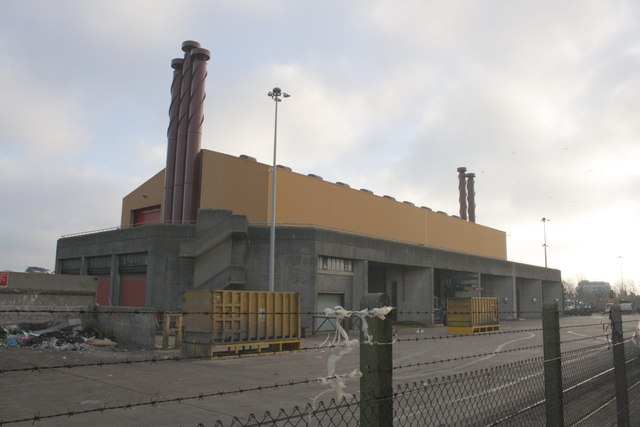 WTF - OR, A WASTE TRANSFER FACILITY - IN THE UK

Recycling and Waste Terminology: The Basics

Federal Clean Air Act (CAA): This groundbreaking act required all manufacturers cease CFC production as of December 31, 1995. It was designed to limit ozone depletion by restricting the use of damaging refrigerants. See The EPA for more information.

Intermediate Processing Facility: These facilities process recycled material before its shipped to an End Product Manufacturer. Follows the MRF (see below) in the logistics chain.

Municipal Solid Waste (MSW): In short, garbage. All garbage, refuse, and other material in any form or state - so long as it's not hazardous or recyclable.

Polyethylene terephthalate (PET): PET, otherwise known as #1 plastic, is often used to create packaging for soda and water bottles. It may also be shortened as: PETE or PETP.

Pay as You Throw (PAYT): An experimental trash collection usage-pricing model. PAYT is hypothesized to help spike diversion rates, as users are incentivized to separate materials and recycle more. Users are charged a rate based on how much waste they produce.

Single Stream (SS): These recycling programs collect all paper, metal and plastic containers, packages, boxes and sheets together in the same bin. Also known as "fully commingled" or "single-sort," this system first became popular in California communities in the early 1990s, and has since spread across the country. These fully commingled streams are separated for reclamation at MRFs (see above); although during collection and transfer, much contamination happens. It is commonly estimated that 15% of collected materials are contaminated, labeled as "residual" and ultimately sent to landfill.

Single Stream Processing Facility (SSPF): Like the SS equivalent of the MRF. Here, mixed materials are separated into their respective commodities streams and either a) baled for shipment or b) sent to landfill as "residual."