The Dark Side of E-Waste 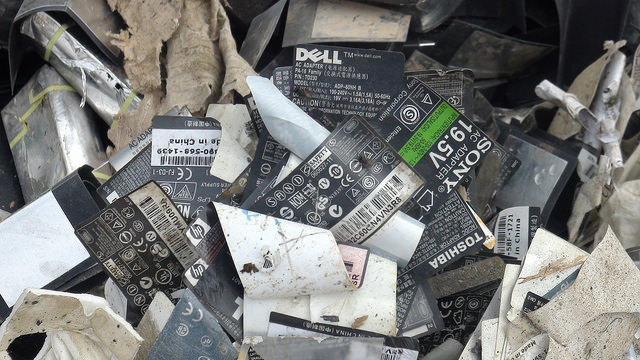 Anyone who stumbles across this post is using an electronic device, and sooner than later, your device will reach the end of its useful life and need to be replaced. On the surface, the lifecyle of our electronic devices doesn't seem all that complicated – we buy and use devices, they stop working or become obsolete, and we discard and replace them. But when you dig a bit deeper, the process of discarding electronics is extremely complex in nature. We’ve put together a post describing the most surprising aspects of E-Waste as an industry and the increasing impact it has on humans and our environment.

'Dead' electronics make up the world's fastest growing waste stream. The US is the single largest producer of electronic waste, and it may come of a surprise that a large percentage of the US's electronic waste is exported overseas. What happens when it arrives overseas is pretty shocking.

In places like China and Hong Kong, entire towns have become the landing spots for the world's electronic waste. The most infamous example is Guiyu, China - commonly referred to as the world's electronics graveyard. The entire city quite literally turned into electronics 'recyclers', where residents began 'cooking' [read: burning] electronics inside their homes and on the streets to extract metals like gold & copper - poisoning themselves with the harmful toxins inside the electronic components, and significantly harming their environment.

Electronic items are filled with toxic elements and components that require special processing for proper disposal and recycling. Electronic waste has the potential to affect nearly every system in the human body because it typically contains a multitude of toxic elements including mercury, lead, cadmium, polybrominated flame retardants, barium and lithium. The health effects of these toxins on humans include birth defects, brain, heart, liver, kidney and skeletal system damage. The toxins also significantly affect the nervous and reproductive systems of the human body.

According to GreenCitizen, "these toxins are persistent, bioaccumulative toxins (PBTs) that create environmental and health risks when computers are incinerated, put in landfills or melted down. When computers monitors and other electronics are burned they create cancer-producing dioxins which are released into the air we breathe. If electronics are thrown in landfills, these toxins may leach into groundwater and affect the local environment."

The EPA reports that in 2014, the United States generated approximately 12 million tons of electronic waste, which accounted for roughly 28% of global e-waste generation for the year. Of the 12 million tons of e-waste, our country only recycled between 15%-20% of the materials, sending the rest to landfill.

You might wonder, how do these data points impact us in the real world? Carnegie Mellon University predicts that over 70 million computers are sitting in US landfills right now. It's generally understood that every computer screen contains between five-to-eight pounds of lead. Given those figures, the computers alone would represent 40% of all lead in US landfills. Lead is known to leech into groundwater and make drinking water unsafe for people nearby. This is just one example that illustrates how our inability to recycle computers is likely leading to a multitude of health and environmental safety issues domestically.

The information covered in this post speaks to the need for better education and incentives surrounding electronic waste recycling. The good news is that many organizations across the globe are working hard to improve the future of E-Waste Recycling and the standards and practices participants rely on. In an effort to ease the process of finding e-waste recycling help for your organization, we've put together this list of helpful resources. Let us know what resources your organization uses in the comment section below!