The 2022 Pittsburgh Pride Revolution was an enormous success on two fronts. Tens of thousands turned out to display their true colors in a celebration of community. RoadRunner’s in-depth planning driven by our green technology engine meant waste management plans went off without a hitch.

It was the first time RoadRunner had such a large role in the event. Our custom solutions had Pride organizers already expressing interest in plans ahead of next year’s celebration. 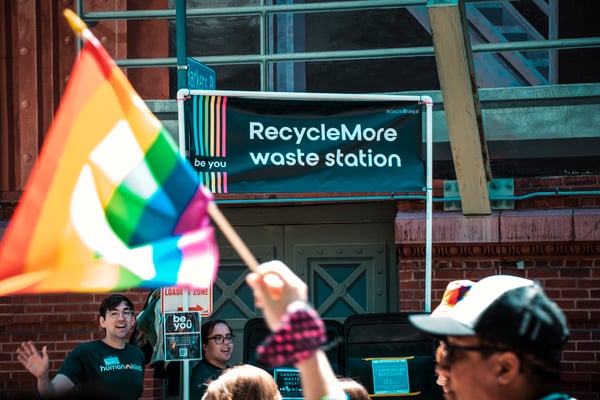 The challenges in managing waste for Pride

Pride events in Pittsburgh were under the organization of a new group of promoters in 2022. For an event that in the past had welcomed more than 30,000 people, there were questions about litter control and waste management plans for the parade route. Managing waste would have to be done on a larger scale within the confines of huge crowds and narrow, often closed city streets. Another challenge to overcome was dealing with the waste in the cleanest way possible for the environment.

Behind all of the planning was a public concern in the Pittsburgh area regarding large events. Major events in the city had left mountains of trash behind as out-of-control crowds simply rampaged through parking lots and streets. It was an outcome to be avoided at all costs.

Knowing all of that, RoadRunner’s team was able to leverage their expertise, creating a comprehensive plan to handle all of it. And it was wildly successful.

Our team got to work, utilizing 50 hours of planning before the event. Planning included analyzing the parade route, figuring out the best locations for waste and recycling stations, and ensuring there was clear signage to let the thousands of people know where to go.

Across a two-block stretch of downtown Pittsburgh, RoadRunner set up 10 two-bin waste stations with banners for ultra visibility to the crowd along the parade route. The bins included recycling opportunities for the parade which contributed to promoting RoadRunner’s sustainability mission. The bins helped accommodate not only spectators but also those marching in the event. It also helped establish a zone of ownership in which RoadRunner would be responsible for managing waste and promoting our services to the community.

Around 40 working volunteers from RoadRunner helped set up, manage, and tear down the waste stations along the parade route. Among the smiles and laughs, most of the group expressed their interest in participating in similar events in the future.

Following the event, RoadRunner’s contracted FleetHaul service was also able to collect the bins and transport the waste away from the crowds utilizing vehicles with greater fuel efficiency along a more direct route.

All of it was a huge success for RoadRunner and the event itself. Attendees sought out containers even though they were eventually overflowing. There was a clear desire to keep the parade space as clean as possible. Once city workers tasked with cleaning up after the event entered RoadRunner’s zone, they were baffled at the lack of trash on the streets and sidewalks.

Setting the stage for the future

More than 39,000 people marched through the streets of Pittsburgh that June day. The floats, marching bands, and civic groups passed storefronts and throngs of RoadRunner volunteers. Event promoters said they were thrilled with how well RoadRunner’s management plan was carried out. They expressed an interest in expanding RoadRunner’s involvement for next year’s events by incorporating a full sustainability program. The 2022 event was able to set a precedent for waste decorum that will be tough to exceed in the future.

Not only is this success a testament to the power of RoadRunner’s volunteers, but it is also a clear example of the power of our green technology in a real-world application. RoadRunner’s expertise in handling huge events with tens of thousands of participants was on full display at the 2022 Pittsburgh Pride Revolution. 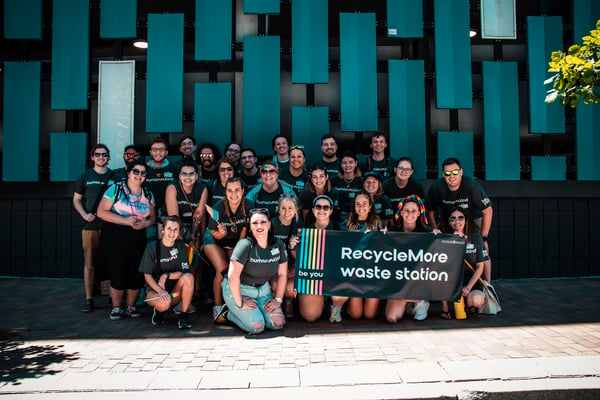