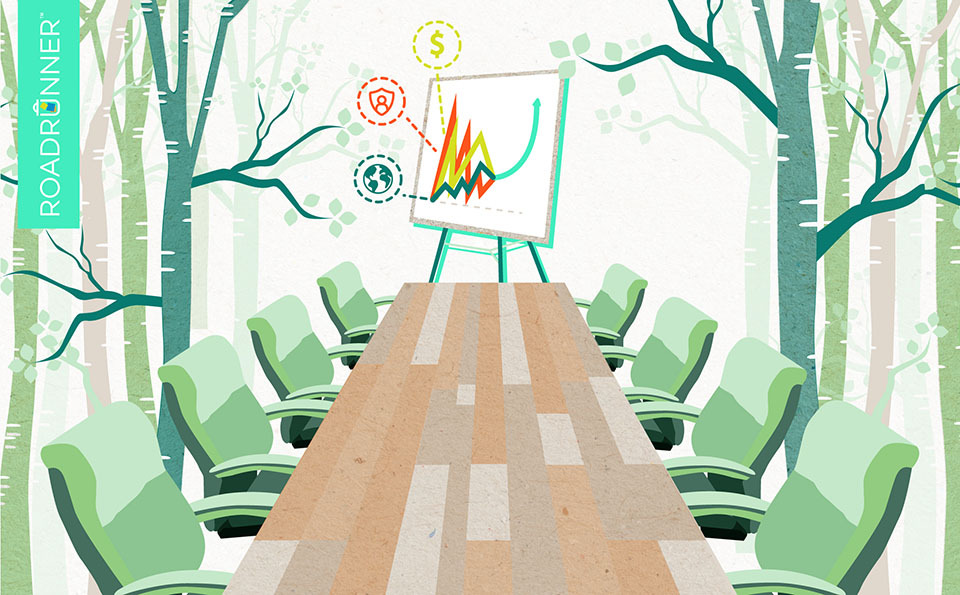 CEOs and general managers constantly keep one eye on the path forward and the other firmly on the bottom line. But with today’s climate, the top companies in the world are seeing triple, not double, when setting the year’s fiscal policy.

With temperatures rising and brand reputations at stake, the triple bottom line—a framework that emphasizes social, environmental, and financial accountability—is at the center of both private and public sector discussion.

With corporate social responsibility (CSR) becoming less voluntary and more essential to everyday business, the ethical and sustainable choices have often become the most profitable. Doing it correctly, however, requires expertise many companies don’t have.

What is Corporate Social Responsibility (CSR)?

By definition, CSR is the act of aligning a company’s operations and planning with broad and measurable goals for the overall purpose of societal and environmental good. This responsibility is often manifested through the reduction of waste and pollutants, achieving a more sustainable supply chain, and contributing to social causes and philanthropic efforts, all while still meeting business targets.

In the 1930s, CSR was devised as a moral imperative for directors of large companies to uphold the public interest. Behind the thought, A. A. Berle and Merrick Dodd, both lawyers, disagreed on its enforcement. Berle believed it should be law, while Dodd thought it should exist as a matter of trust.

The latter won out, and for decades, businesses voluntarily operated and experimented with CSR initiatives, increasingly valuing the act of factoring people and planet into their business practices—but to varying degrees of success. The mid-1980s to 1990s saw some corporate backlash: As giants began to feel over-regulated and constrained by this more expansive and worldly view of growth, companies worked to figure out a structure of business that worked for their goals first.

Today, with a social climate where consumers demand activism and personal responsibility for the social good and health of Planet Earth, companies have been pressured by their customers and stakeholders to shape their practices and products around charitable or sustainability efforts.

With mixed motivations, corporations are competing for the most intertwined, impactful, and importantly, public-facing, strategies for their business, perpetuated by the countless scores and rankings that inform consumer buying decisions.

On one hand, some of these companies could be “greenwashing,” the act of promoting questionably effective sustainability efforts for marketing purposes. But for others, CSR has proven its worth. Reported in 2009, The Harvard Business Review followed 30 large corporations for years, tracking their business practices and sustainability efforts. Their findings showed that: "sustainability is a mother lode of organizational and technological innovations that yield both bottom-line and top-line returns."

Companies like these have succeeded by all adopting a certain accounting framework: the TBL.

What is the Triple Bottom Line (TBL)?

The triple bottom line, brought into the mainstream by serial entrepreneur and sustainability authority John Elkington, demands that the needs of stakeholders are met before shareholders. Stakeholders, broadly, refers to anyone influenced by the actions of the company—customers, suppliers, employees, etc.

By definition, the triple bottom line refers to reporting that puts equal weights on social equity and environmental responsibility, as well as financial performance (the traditional, singular bottom line). In short, it comes down to three pillars: people, planet, profit.

Businesses that guide their growth based on the triple bottom line model align sustainability with business goals, meaning that short-term profit never occurs at the risk of human or natural capital.

And some businesses choose to make such a pledge official.

B Corp Certification for Better Business

A certified B Corp is a business that has woven a social mission into the fabric of its business practice. These companies undergo a rigorous review by the nonprofit B Lab, which evaluates companies based on their vision of business for a better world.

Held accountable, rigorous audits are performed every two years, when each company is scored on its impact upon stakeholders, but also its values, practices, legal standing, social and environmental performance, and transparency to the public.

There are 4,088 certified B Corps across 153 industries as of 2021, with some big names maintaining their commitments year over year. Companies with a B Corp certification include: Ben & Jerry’s, Patagonia, Cabot Creamery, Athleta, New Belgium Brewing, and more.

The Need for Reliable Sustainability Reporting

Not every company is interested in applying to become a B Corp, and some companies would like to avoid any close eye on their sustainability initiatives altogether. Broad-reaching in scope and lacking any official form of measurement or standard, corporate social responsibility's real impact on society often proves difficult to quantify.

It opens the door for companies seeking more returns from PR than impact on society. However, once exposed, false promises can spell disaster.

For this, there is no greater example than Volkswagen. The car maker paid out $9.5 billion to U.S. car owners the FTC ruled were defrauded by falsified emissions reports and a marketing campaign that touted “clean diesel” technology. Worldwide, the totality of fines, fees, and settlements from VW’s overinflated CSR boast cost the company greater than $34 billion.

Worse still for companies, bad CSR allows for inconsistent and ineffective programs that affect overall business. According to Harvard Business Review, “CSR programs are often initiated and run in an uncoordinated way by a variety of internal managers, frequently without the active engagement of the CEO.”

That’s why accurate, transparent, and coordinated reporting is not only the first step, but also the linchpin of successful CSR initiatives.

According to Forbes, less than half of public sector organizations fail to produce sustainability reporting. Facing mounting pressure to track emissions, waste volumes, and recycling rates, institutions like schools, government orgs, and some medical clinics often don't know where to begin—a cited 37% of those that prepare reports believe they lack the relevant expertise.

As a strategic partner, one of RoadRunner's core offerings is the ability to provide reliable materials management metrics for businesses in both the public and private sector.