Under blue skies and sunscreen armor, hundreds of RoadRunner employees pored through fields, trails, and forest to help make the company’s hometown of Pittsburgh, PA a little greener. RoadRunner Day is an annual celebration of the hard work team members put in each and every day. It’s an event that offers a look back at how far we’ve come on this green journey together and a recognition that what we do is far greater than waste and recycling.

This summer was a little different in that it offered an in-person element for those employees who wished to take part and a virtual element for those who couldn’t travel to the company’s headquarters in Pittsburgh. The day was a smashing success with a nod to our values as an enterprise and our mission to work For the Greener Good™.

“A deep appreciation and admiration for all the hard work.”

Hundreds of RoadRunner employees packed a small grassy area near a pavilion at Pittsburgh’s Schenley Park. This was the rallying point for a widespread park cleanup that morning. With most of RoadRunner’s leadership in attendance, including CEO and founder Graham Rihn, there were a few quick words of encouragement for the close to 200 people who turned out to volunteer.

“I deeply hope that the reaction of today is that RoadRunner is a workplace that has a deep appreciation and admiration for all the hard work and commitment that you all bring on a daily basis,” Rihn said. “It’s not always easy.”

Our group grabbed gloves and garbage bags, setting off to start picking up trash. Small pieces of mylar balloons were found in one of the fields. Others found broken glass smashed against the base of a tree. Plasticware and plastic bottles were pulled from beneath grass and weeds alongside one of the park’s roads. Other items found included cigarette butts, rusted car parts, microplastics, towels, parts of shoes, and other rusted pieces of metal. All in all, RoadRunner managed to collect 3.5 yards of trash. 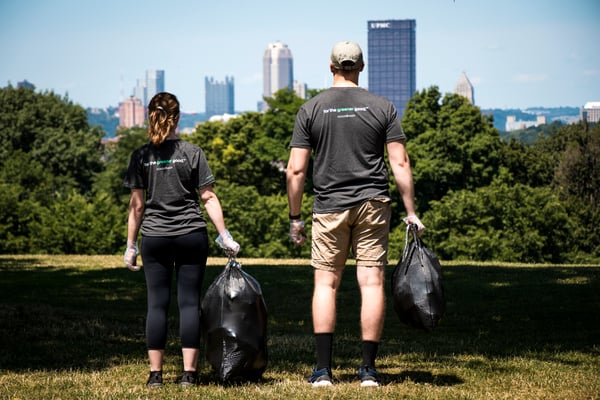 RoadRunner day is also a celebration. Following the cleanup event, a food truck and a shaved ice truck kept the team fueled and cooled as the temperatures soared. New connections were forged among employees who may have never met before in person. Footballs and frisbees were tossed and smiles and laughs were shared easily.

RoadRunner day also featured a number of virtual events including a space-themed escape room, happy hours on the east and west coasts featuring DJs, an employee talent show, a comedy sketch, and an address from Rihn to the company.

Right alongside the smiles, laughs, and sunshine were the company’s core values throughout the entire day’s events. 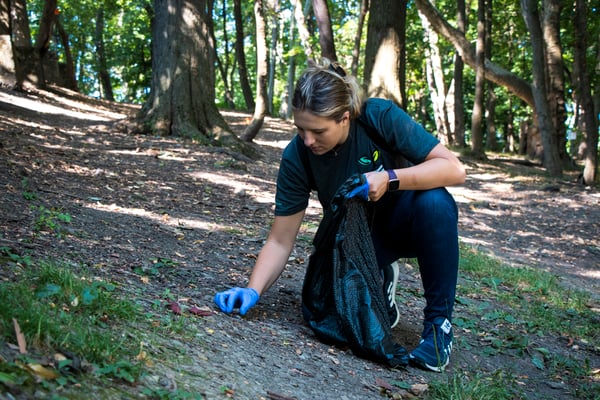 Care personally about each other

Friends and coworkers shared bottles of sunscreen and offered a hand up when climbing the steep hillsides of Pittsburgh’s Schenley Park. The challenge was how much trash could the team collect overall to leave the park greener than before. With so many team members calling the Pittsburgh region home, the passion displayed to protect our shared spaces was hardly tempered by the relentless July heat. Most of RoadRunner’s leadership was also on hand to lend their help to the cleanup. They provided large amounts of water, branded gear to be worn proudly, and handshakes coupled with a few words of appreciation.

Rihn said this is what has exceeded his expectations the most since he founded RoadRunner: the common belief in the company’s core values and how hard everyone continually works toward them.

“Back in 2015, in the early days, it wasn’t something we talked about,” Rihn said. “And now there isn't a day that goes by that we aren’t actively working on making sure we’re living out those core values.” 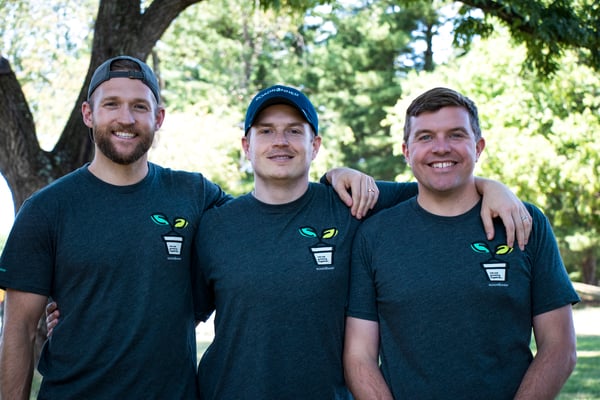 As part of his address to the team, Rihn said he looked back at the company that has now been driving innovation in the waste and recycling industry for eight years. He said it’s a milestone his idea has grown so much. He said he hopes each and every employee feels appreciated and valued for all of their hard work. Lastly, he said a sense of togetherness underlied everything, with so many different people from so many backgrounds and places sharing the common goal of making RoadRunner an incredible place to be.

“I feel very thankful for the journey it has been,” Rihn said.

From the acres covered at Schenley Park to the hundreds of people who volunteered their time together, RoadRunner Day 2022 was an incredible success. The weather was immaculate. The smiles were infectious. The shaved ice was delectable. On the virtual side, the comedy skit propelled big smiles and the employees showcasing their talents left the hundreds of employees clapping in wonder. It truly was a day for the employees, and the environment.

We’re not just looking forward to RoadRunner Day next year, when we can all gather together to share a handshake and a joke together again. We’re also driving towards innovation and change with a passion and a purpose. RoadRunner is pointed into the future to see just how far we can grow our belief that there’s a better way. What we’re doing together, with our partners and customers, is far beyond phone calls and emails. We’re striving to be different For the Greener Good™.