The Need for a Green, Long-Term EV Battery Solution

The electric vehicle (EV) market is exploding.  Better technology, lower cost to own, soaring gas prices, and pledges to adopt environmentally-friendly goals are all contributing to rapid increases in the EV market. More are on the road than ever before. With all of this comes a major question: what do we do with all of these batteries once they’ve outlived their usefulness? Along with the manufacturing and sale of EVs, the battery recycling industry is also expected to balloon in the next five to ten years. 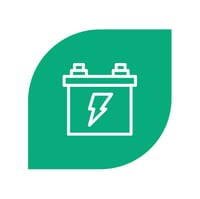 The U.S. Department of Energy breaks down the types of EV batteries into four types based on what they’re made out of:

These types of batteries are typically used in medical equipment and computers, along with hybrid electric vehicles (HEVs).

• Can tolerate a high level of abuse

Lead-acid batteries are important to include on this list because of how widely they’re used in vehicles with an internal combustion engine and HEVs.

Ultracapacitors are helpful for EVs during times of fast acceleration or when climbing a hill because of the energy output.

• Can deliver short, powerful bursts of energy during peak demand

Lithium-ion batteries are the most widely used in EVs and most of the components can be recycled in some fashion.

• Most EVs on the road have this type of battery

The market for lithium, cobalt, graphite, and the other precious metals that make up lithium-ion batteries is already skyrocketing. New solutions will need to be created in order to reuse and recycle components on a large scale. 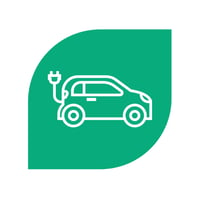 Recycling an EV battery is not easy. A regular lead-acid car battery is roughly the size of a household toaster and can easily be managed. An EV lithium-ion battery can run the full length of a vehicle’s wheelbase. It can easily weigh more than 900 pounds and contains toxic substances.

The U.S. Environmental Protection Agency classifies lithium as a critical mineral, meaning it is “economically and strategically important to the U.S.,” has a high risk of supply disruption, and does not have an easy substitute. These batteries can be considered hazardous waste and pose a high fire danger to recycling and waste management facilities. The batteries are made of hundreds of individual lithium-ion cells. Cut too deep into one of them and it can short circuit, release toxic fumes, and explode. An EPA report found at least 65 fires at waste facilities in 2020 were ignited by smaller lithium batteries.

The recycling process currently involves transporting EV batteries in specialized cases by truck, shredding them, and then using heat or chemicals to break them down into individual materials. Transportation is a major hurdle as there are so few places in the U.S. that can perform this type of work. On top of that, each auto manufacturer makes the batteries just a little bit differently, which makes it harder to establish efficient recycling programs. 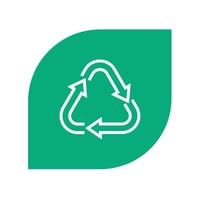 Reasons for a robust domestic program

The push to rapidly develop battery recycling on a large scale involves several factors. Approximately 99% of the raw materials and components used to make EV batteries come from outside of the U.S. Creating a reuse and recycling system domestically would help avoid supply chain problems. It would also help reduce the need of relying on mining companies in far-off places that don’t value environmental and worker health and safety.

A working domestic recycling program could help lower costs for some of the raw materials. Bloomberg reports the price of lithium blasted up some 280% last year and was already up another 130% in the first quarter of 2022. Recycling at scale could mean lower prices, which could further entice consumers to take the plunge and switch to an EV. It could also mean a steady stream of new batteries or at least some of the components to make them.

Besides that, there is an obvious environmental case to be made for battery recycling. These heavy, bulky pieces of waste will simply sit in a landfill, leaching heavy metals and toxic materials into the environment if the problem isn’t solved. 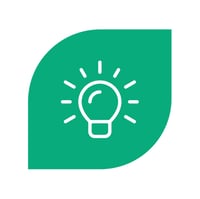 Solutions to the problem

The International Energy Agency (IEA) estimates between 148 million and 230 million battery-powered vehicles will be on the road worldwide by the end of this decade. Numerous solutions are being floated to solve the battery recycling problem. One idea is to redesign EV batteries to use less expensive components and make them more recyclable at the same time. The battery for the Nissan Leaf is so complex it reportedly takes two hours to open up. A Tesla Model 3 battery cell uses “almost indestructible polyurethane cement” to hold it together. A former Tesla executive left to start his own company, Redwood Materials, to focus on the battery recycling problem.

Another popular idea is to have the manufacturers or dealerships responsible for taking ownership of the batteries once they reach end-of-life. Or, customers could pay recyclers to take the dead battery off their hands, much the same way electronics recycling works.

Robots and automation could also help ease the growth of the EV battery recycling industry. With such toxic materials and the high potential for fire, removing people from the equation could lead to lower costs, more efficient processes, and better safety.

READ MORE: What the new SEC emissions proposal means for your company

In terms of reusing batteries, there could be easy applications. An EV battery is considered at the end of its lifespan when it is only able to reach 75-80% of its original capacity. However, that also means that the battery is able to still store tons of electricity. In Japan, for example, Nissan is taking old batteries from EVs and using them to power streetlights. The batteries could also be used to store energy from home solar panel arrays to use when the sun isn’t shining.

Alongside the large number of solutions being explored is an equally large amount of money being pumped into the arena. Last month, the DoE announced that $3.1 billion would be included in President Biden’s infrastructure bill to build new and upgrade existing battery production and recycling plants. It's clear there is a desire to find a viable, long-term solution, and find it quickly.

More than a dozen new EV battery manufacturing plants are being built in the U.S. right now that are expected to be up and running within the next five years. EVs are expected to become cheaper to buy, meaning switching to an EV fleet for your business could be a terrific sustainable goal. It can contribute to an increase in your ESG rating, can help if new Scope 3 emissions reporting rules are passed by the Securities and Exchange Commission, and can lower your carbon footprint. However, what will happen to those vehicles at the end of their usable life should be considered before making the leap.

RoadRunner is keeping an eye on the growing trend of EVs and how best to handle the waste that comes with them. We’re experts when it comes to managing complex waste streams involving any type of material. RoadRunner is making sure we stay on top of the latest with the EV industry so that when you need the waste management process simplified and made more efficient, we’re ready.