Predicting the Next Plastic Ban 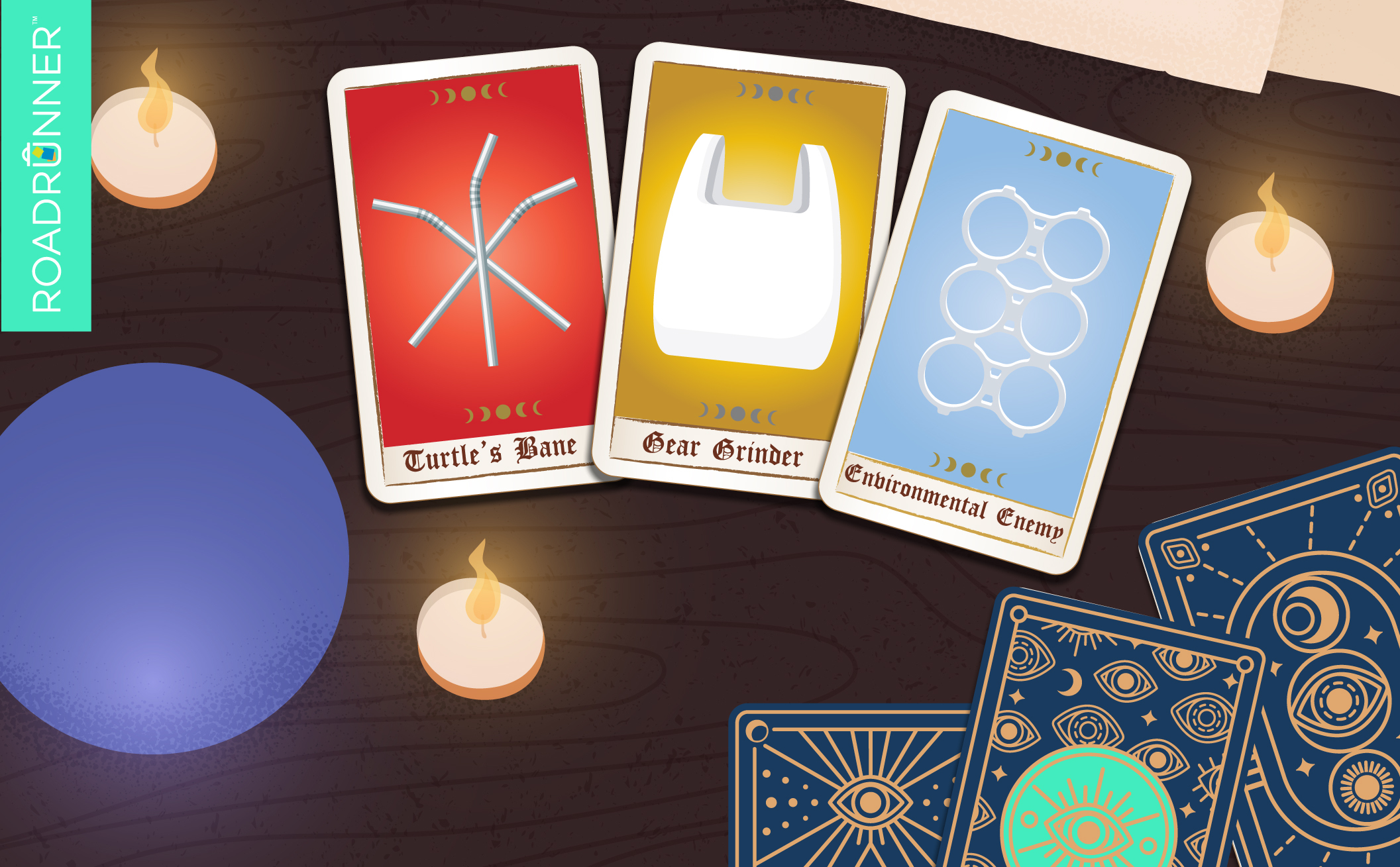 For the past five years, grocery bags, plastic straws, and polystyrene takeout containers have faced a reckoning, and for good reason.

Awakened to the reality of environmental distress from single-use plastics, cities and states have moved to ban hard-to-recycle products from our everyday lives. Hardly opposed, consumers have largely welcomed the changes and demanded more from the companies that use and produce them—and many have answered in turn.

Undoubtedly, as sustainability promises grow, more outlawed plastic will follow. This change to everyday operations can be a shock for those businesses who missed the writing on the wall, so we’re providing a speculative analysis of the unsustainable products in our culture that may soon be banned.

The State of Single-use Plastic Bans

Plastic bans exist for one reason: Petroleum-based plastic is devastating the natural world. But the world has been producing over 250 million metric tons of plastic every year since 2009, so why now?

The answers are advocacy and visibility.

Americans have become conscious of the fact that single-use plastics are wildly overproduced, often used unnecessarily, and affect both the health of the Earth and the human body.

And when it comes to advocacy, there are few causes more universal than protecting one’s health. It’s reported that humans ingest nearly 75K microplastic particles per year, chemicals from littered and mismanaged plastics leach into our oceans, soil, and drinking water. And products like polystyrene (aka Styrofoam) and plastic bags will sit in landfills for thousands of years before breaking down.

This groundswell has led to sweeping legislation and the beginning of a greater movement.

Crafted with high-density polyethylene (plastic #4), plastic bags are everywhere. By some estimates, the world uses 5 trillion plastic bags per year. Specifically, in America, 100 billion are thrown away annually while only between 1–3% are recycled. And states have begun to take notice.

California was the first to institute a statewide ban on plastic bags in 2014. Since then, seven other states have joined in outlawing the bags—Connecticut, Delaware, Hawaii, Maine, New York, Oregon, and Vermont.

Prominent cities have also acted where the state has not. Denver, Boston, Chicago, Seattle, and Washington DC have laws in place, while a growing list of others will soon be joining.

Still, the U.S. lags behind the rest of the world on taking action.

Estimates suggest 500 million disposable straws are used in the US per day. And they’re almost exclusively thrown away or littered versus being recycled. According to The Ocean Conservancy, straws were ranked the seventh most prevalent item picked up on global beach cleanups in 2017.

In 2018, the widespread public outrage was likely fueled by a viral video depicting the removal of a plastic straw from the nostril of a giant sea turtle. Facing the backlash and seeking to improve their own sustainable image, countless companies like Starbucks, Hyatt, American Airlines, Disney, and more swiftly made pledges to eliminate plastic straws from their operations.

California has the only state law restricting the use of plastic straws, but many individual cities and municipalities have enacted citywide restrictions.

Between forks, knives, and spoons, Americans toss out 40 billion individual plastic utensils per year. And this doesn’t count the uptick caused by pandemic-era takeout orders, where utensils are usually included whether customers ask for them or not.

While the UK has been cavalier in its ban of single-use plastic cutlery, states have left ordinances prohibiting utensils largely up to cities. Most notably, Seattle was the first to do it, and as of 2021, Californian restaurants are forbidden from providing plastic cutlery unless specifically asked for.

Expanded polystyrene (commonly genericized as “Styrofoam”) is rampant in the restaurant business as a lightweight and cheap vessel for food transportation. Unfortunately, there are very few facilities that can process and recycle it in the United States, and in a landfill environment, many experts suggest that Styrofoam may never entirely decompose, ever.

Colorado, Maine, Maryland, New York, Vermont, and Virginia all have statewide laws in place or will be in effect in the next three years. Meanwhile, 14 other states have at least one city or county that has enacted a total ban.

Predicting The Next Ban on Single-use Plastic

For the businesses with single-use plastic in their supply chains, change is inevitable. And while the four products above have the most prevalent bans, they’re not the only plastics in the crosshairs.

As materials management experts, RoadRunner aligns with businesses on overall waste reduction, auditing company operations, employing effective methods of diversion, and advising TRUE-certified zero-waste solutions. Given the territory, we have educated predictions of what materials might be the next plastic ban. Here’s what could be next:

Over half of all states ban plastic six-pack rings that aren’t capable of degrading. While many beverage makers have answered with photodegradable options, the immediate concern of microplastics could spell those petroleum-based plastic holsters’ demise.

On top of classic (and recyclable) cardboard carriers, expect solutions like Corona’s interlocking cans or Danish brewer Carlsberg’s Snap Pack, both of which eliminate the ring altogether.

Candy bars and potato chips both find home in metalized plastic—polypropylene laminated with aluminum foil. They’re a recycling challenge in the fact that the cost to recycle them would be more than it would to produce them—meaning very few recycling companies take on the endeavor.

Recognizing the waste, some companies have rolled developing a better wrapper or bag into their greater sustainability efforts. Nestlé has been piloting a recyclable paper wrapper, while Nature Valley is working with recyclable polypropylene with collection points. Meanwhile, Skittles will be rolling out a wrapper made from biodegradable plant-based oils in 2022.

Your favorite coffee shop likely uses a “paper” cup for hot beverages (plus the inevitable plastic lid for safe sipping). What you might not realize about these cups is that the interior is lined with a thin layer of polyethylene to prevent leaks. Only 30 of the 500 active U.S. paper mills have the capabilities to separate thinly bonded plastic from paper.

Look for companies cutting out the plastic to move in, like the UK’s Frugalpac, whose product features a molded paper pulp and sugarcane lid while offering a 100% recyclable paper cup without waterproofing chemicals or polymers. Additionally, eliminating natural resources from the equation, reusable mug programs will likely become more popular, especially as vacuum-insulated mug technology thrives.

Is plastic waste getting in the way of your organization’s sustainability goals? RoadRunner has a solutions team that’s all too familiar with solving “unsolvable” waste management issues. Get in touch!