APIs: How Your Waste Bill Can Double in 5 Years 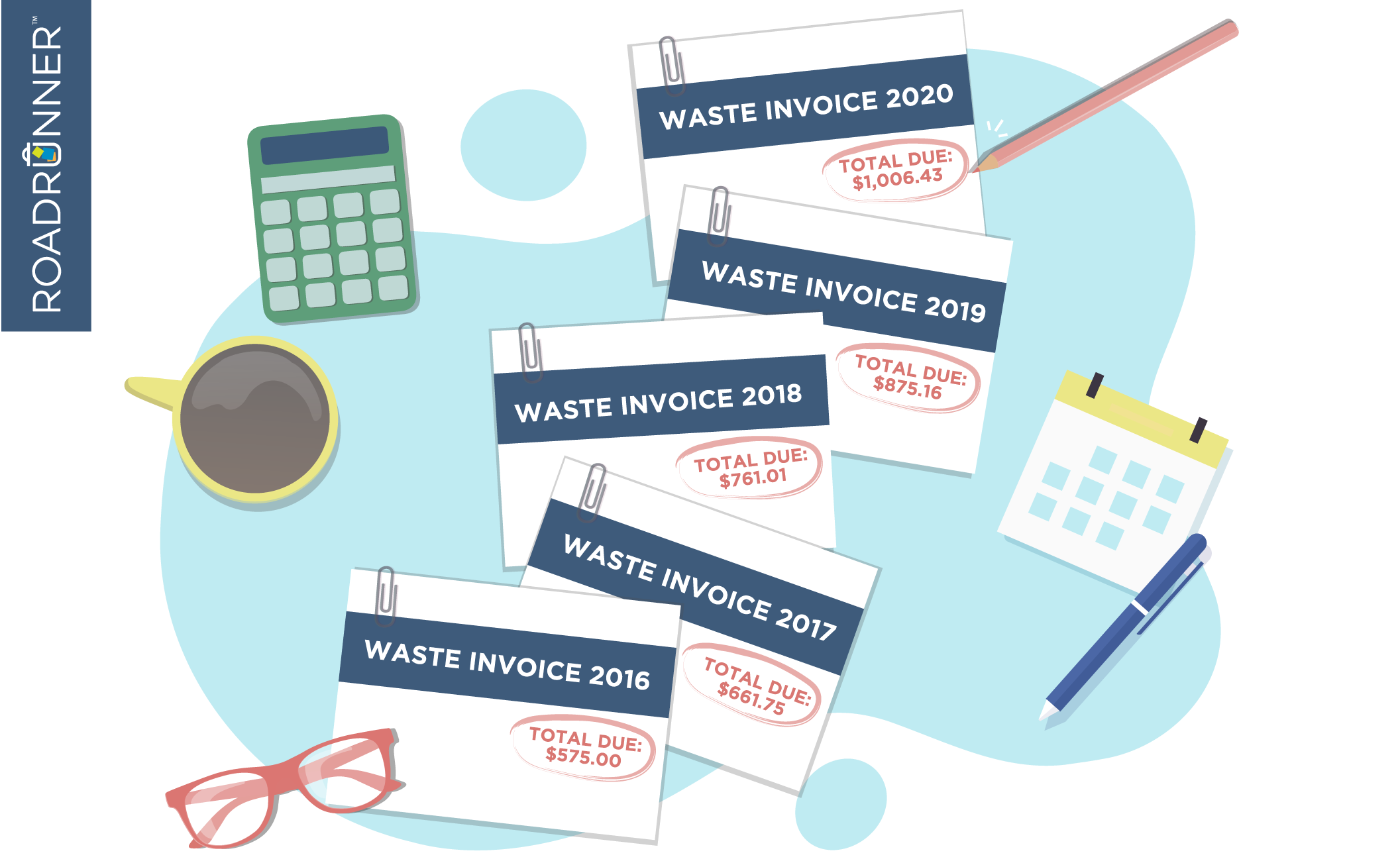 No company can make significant progress by accepting the adage “it’s always been this way.” And at face value, the statement “that’s just the way it is” is rarely a justified defense. However, even the most forward-thinking businesses can be lulled into complacency by something as mundane as a waste bill.

Trash and recycling services might be an afterthought—as routine as keeping the lights on and water running. But, unless you understand the traditional waste industry’s concept of APIs (annual price increases), and the forces that drive them exponentially higher, your waste bill could double in just five years’ time.

One month prior to your next year of service, your hauler then announces your fee will increase for a variety of reasons (that we’ll cover later on). This API is standard practice in the industry, and hikes usually escalate between 5% and 20%, with an average of 15% not unexpected for larger companies.

In just five short years, you’re paying double your original price—no matter if you’re producing the exact same levels of waste and recycling. If you’re paying attention, you might start asking why this is the way it is.

The Powers That Be

APIs are a product of a broken system, perpetuated by a constantly consolidating waste management industry and ratcheted up under the strain of the 292.4B tons of trash Americans produce each year.

As we covered in our post How to Recycle in America, that broken system is called single-stream recycling. Widely adopted across the United States in the ’90s, single-stream allowed residential and commercial customers to forgo sorting, instead putting all recyclables—plastic, glass, cardboard, etc.—in the same bin or dumpster. Haulers, then, would bear the responsibility of sorting the materials into their respective streams through gargantuan, mechanized facilities called MRFs (materials recovery facilities).

Its convenience factor allowed national recycling rates to soar higher than ever before (yet still never topping 35% to date).

In actuality, the convenience was twofold. At the same time Americans were producing increasingly more waste, the industry began rolling up, and national powerhouses formed after acquiring countless independent and local waste management services. That meant fewer companies were tasked with accepting and distributing our mountains of our solid waste (both recyclable and not).

Aggressive consolidation continues today, where just four companies control an estimated 50% of the national hauling market, “with even higher levels of domination in certain regional markets.” The domination bears a natural consequence for consumers: When competition falls, so do your options for comparing rates.

Moreover, waste’s top players are deeply invested and vertically integrated in the single-stream process—for instance, two companies owned 40% of the country’s MRFs in 2019. They’re committed to staying the course at all costs, despite its inefficiencies.

But single-stream was only so cost-effective and convenient because the Chinese market for buying our waste was so robust. And unfortunately, single-stream recycling is proving to be a double-edged sword. Specifically, we’re referring to the National Sword policy enacted by China in 2018 that effectively halted all buying of our recyclables because they were too contaminated from our messy processing.

[More from RoadRunner’s Waste Watchers blog: How Clean Is Clean?]

With one of the largest markets for our waste drying up completely, inefficiencies of the system are magnified—and the costs add up just like your APIs.

It’s not a coincidence.

APIs are a trickle-down effect from a collection of economic and societal issues—and traditional haulers are fairly transparent about the reality of their costs in the contract. What they don’t tell you is that almost all of them are a result of our landfill crisis.

The U.S. is the only developed nation on the planet where waste generation outstrips materials recycling, and this means we’re eventually going to run out of space to put all that garbage. How soon is a contentious issue because of its impacts.

An excerpt from our post Landfills: We’re Running Out of Space, the answer “depends on where you live in the country. According to a 2015 analysis conducted by Dr. Bryan Staley, CEO of the Environmental Research & Education foundation, it’s unbalanced:

‘Seven states are looking at running out of landfill space in the next five years, one state will reach capacity in five to 10 years and three states have 11 to 20 years to go. But 22 states have available landfill space for decades to come.’”

But the squeeze is already on. Tipping fees (a gate fee for landfills measured in price per ton of deposited materials) rose 3.5% between 2016 and 2018, and as landfills in the Northeast and beyond near capacity, they’ll only climb higher.

When they’re full, another issue will cut into hauler operating costs: transportation. The average compactor truck, ubiquitous in the industry, averages two miles per gallon. In searching for a place to dump solid waste and contaminated recyclables, these trucks will drive further.

It’s also part of the reason glass recycling is being discontinued across the nation. Despite being infinitely recyclable without ever breaking down in quality, glass is heavy—and heavy can mean the hauler must make multiple trips. Additionally, the nature of compactor trucks is to compact, which means glass shards get smashed into well-intentioned cardboard and plastic, contaminating the entire load.

Finally, while this is yet to take shape, a renewed emphasis on the environment by the government could mandate infrastructure improvement. And under stricter regulations intended to boost the national recycling rate to 50% by 2030, taxes could be levied for noncompliance to new policies.

All of this impacts your API, and what hurts the most is that you acknowledged all of these variables when you signed the initial contract.

“There has to be a better way”

Figuratively, the water is rising, and traditional haulers are trying to bale out from the top. RoadRunner Recycling, on the other hand, works like a release valve. RoadRunner partners with businesses as an end-to-end waste management company, leveraging indisputable industry expertise and unrivaled technology to cap APIs between 3% and 5%, locking them in place through the duration of a three-year contract.

Through our vast network of third-party haulers, FleetHaul, we’re pioneering a model called clean-stream recycling, helping your business divert an average of 8.6 tons more of your recyclable goods away from the landfill per year by reducing contamination. And there’s always a market for clean recyclables.

Trash or recyclables, we use our comprehensive waste industry knowledge, machine learning, and custom algorithms to manage your recurring streams, garnering best-in-market rates.

Epitomizing convenience and clarity, we can even put all your business’s locations or properties on the same bill so you can pay attention to the savings with the peace of mind that you won’t be seeing double.

RoadRunner Recycling was born out of the statement “there has to be a better way,” and we’re determined to prove it to you.