Helping businesses improve their waste diversion & recycling efforts, one post at a time!

We’re taking some time to reflect on the National Park Service history, the everlasting power of parkland and why its mission to preserve these magnificent pieces of Earth is more important now than ever before.

If you've ever wondered why we have national parks, you've likely never stepped into one. The boundless natural beauty and mind-boggling formations of the 59 parks leave lasting impressions on all who visit them. Each park is unique in its majesty, from the vibrantly red rocks of the Arches to Bryce Canyon's spire-shaped formations, from Yellowstone's storied waterworks all the way to the lush vistas of Zion.

END_OF_DOCUMENT_TOKEN_TO_BE_REPLACED

The US throws away an estimated two to three million tons of electronics annually. The global estimate has climbed over a whopping 48 million tons. Read on to discover where all these unwanted electronics wind up.

774,000,000 - the number of iPhones we've bought since Apple launched the product back in 2007. 774 MILLION. That's a lot of zeroes in less than a decade. In fact, this is so many devices, that If laid end to end, the tiny 4.5 inch-long phones would circle the earth twice, with a cool three-quarters of a million to spare. Which may seem like a silly thing to bring up, except for the fact that when you take a look at it a bit less literally, these devices and countless others are actually starting to blanket our planet.

END_OF_DOCUMENT_TOKEN_TO_BE_REPLACED

How to Marie Kondo Your Office Without Feeding the Landfill

Ever feel like your cubicle could inspire a new season of Hoarders: Office Edition? Read on for our ‘waste not, want not’ approach, and how to become a minimalist without feeding the landfill.

Ever feel like your cubicle could inspire a new season of Hoarders: Office Edition? Know that "Spring Cleaning" is a thing, but feel distinctly unmotivated to do anything about it? We at RoadRunner HQ were equally disinclined to clean house. That is, until we were introduced to "The Life-Changing Magic of Tidying Up," and decided to apply our resident garbologist's green lens to the motivational 'KonMarie' method. Read on for our 'waste not, want not' approach, and how to become a minimalist without feeding the landfill.

END_OF_DOCUMENT_TOKEN_TO_BE_REPLACED

Trash Talk: Why would I switch from single stream?

Many municipalities, states and businesses invest in single stream, because the “one bin to rule them all” strategy seems only common sense. But when simplicity results in stalled sustainability plans, it’s time to call in the extra bins. Read more to find out why clean stream recycling is better for your business – and the planet.

END_OF_DOCUMENT_TOKEN_TO_BE_REPLACED

The Garbologist is In: A Brief History of Garbage

Let’s consider the concept of “garbage” for a minute… What comes to mind? Read on as we dumpster dive into this deeply ingrained process.

Just for fun, because it's Thursday and we deserve a treat, let's have a think on the concept of "garbage"... Consider: a candy bar wrapper, an empty soda bottle, and the newspaper you read last Sunday. What do they all have in common? For starters, each is a vehicle for something you want to consume, be it processed sugars or world news. And once you've had your fill, the container becomes secondary thought - its purpose is suddenly complete and so it is re-categorized as "waste." Read on as we dumpster dive into this deeply ingrained process.

END_OF_DOCUMENT_TOKEN_TO_BE_REPLACED

Last weekend spring cleaning was underway in Washington D.C. thanks to 1481 volunteers. Among the volunteers were RoadRunner Recycling employees who, even in their free time, exhibit their passion for trash – or proper management of trash more accurately.

Last weekend spring cleaning was underway in Washington D.C. thanks to 1481 volunteers for the Alice Ferguson Foundation’s 27th Annual Potomac River Watershed Cleanup. Among the volunteers were RoadRunner Recycling employees who, even in their free time, exhibit their passion for trash – or proper management of trash more accurately.

END_OF_DOCUMENT_TOKEN_TO_BE_REPLACED 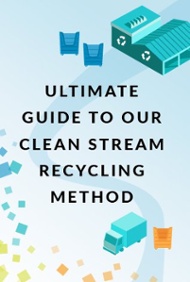 Learn how our custom recycling system can work for your business 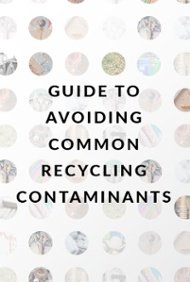 Find out what items cause recyclable contamination issues 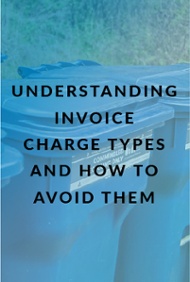 Learn about common waste invoice charges and how to avoid them 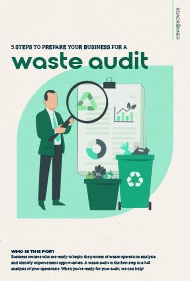 A step-by-step guide to conducting your own waste audit

GET THE SCOOP ON WASTE & RECYCLING

SIGN UP FOR OUR NEWSLETTER TO GET UPDATES SENT STRAIGHT TO YOUR INBOX.